Page 23 - And though all the winds of doctrine were let loose to play upon the earth, so Truth be in the field, we do injuriously, by licensing and prohibiting, to misdoubt her strength. Let her and Falsehood grapple; who ever knew Truth put to the worse, in a free and open encounter?
Appears in 1262 books from 1795-2008
Page 156 - Because of the scarcity of radio frequencies, the Government is permitted to put restraints on licensees in favor of others whose views should be expressed on this unique medium. But the people as a whole retain their interest in free speech by radio and their collective right to have the medium function consistently with the ends and purposes of the First Amendment. It is the right of the viewers and listeners, not the right of the broadcasters, which is paramount.
Appears in 384 books from 1845-2008
More
Page 60 - Labor is prior to, and independent of, capital. Capital is only the fruit of labor, and could never have existed if labor had not first existed. Labor is the superior of capital, and deserves much the higher consideration.
Appears in 710 books from 1860-2008
Page 42 - But when the laws undertake to add to these natural and just advantages, artificial distinctions, to grant titles, gratuities, and exclusive privileges, to make the rich richer, and the potent more powerful, the humble members of society, the farmers, mechanics, and laborers, who have neither the time nor the means of securing like favors to themselves, have a right to complain of the injustice of their government.
Appears in 301 books from 1821-2007
Page 126 - This assumption is a mistake. In some trifling particulars the condition of that race has been ameliorated; but as a whole, in this country, the change between then and now is decidedly the other way; and their ultimate destiny has never appeared so hopeless as in the last three or four years.
Appears in 92 books from 1860-2008
Page 126 - They had for more than a century before been regarded as beings of an inferior order, and altogether unfit to associate with the white race, either in social or political relations; and SO far inferior, that they had no rights which the white man was bound to respect; and that the negro might justly and lawfully be reduced to slavery for his benefit.
Appears in 368 books from 1826-2008
Page 72 - There are two ideas of government. There are those who believe that, if you will only legislate to make the well-to-do prosperous, their prosperity will leak through on those below. The Democratic idea, however, has been that if you legislate to make the masses prosperous, their prosperity will find its way up through every class which rests upon them.
Appears in 149 books from 1887-2008
Page 42 - Distinctions in society will always exist under every just government. Equality of talents, of education, or of wealth can not be produced by human institutions. In the full enjoyment of the gifts of Heaven and the fruits of superior industry, economy, and virtue, every man is equally entitled to protection by law; but when the laws undertake to add to these natural and just advantages artificial distinctions, to grant...
Appears in 237 books from 1833-2008
Page 149 - I believe that this nation should commit itself to achieving the goal, before this decade is out, of landing a man on the moon and returning him safely to earth.
Appears in 926 books from 1854-2008
Page 60 - As a result of the war, corporations have been enthroned and an era of corruption in high places will follow, and the money power of the country will endeavor to prolong its reign by working upon the prejudices of the people until all the wealth is aggregated in a few hands and the Republic is destroyed.
Appears in 262 books from 1883-2008
Less

Mark Lloyd is Senior Fellow at the Center for American Progress and a professor of public policy at Georgetown University. He is both a communications lawyer and an award-winning broadcast journalist. 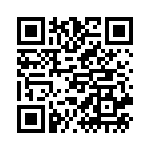