Page 142
What is this element of Union that makes the American people one ? An
intelligent German lady told us that , on first coming to America , society appeared
familiar , but the longer she remained , the more strange it appeared . The reason
of this ...
Page 146
The lowlands of old Virginia , Maryland , and the Carolinas , were occupied by
the descendants of the British gentry , and slavery has perpetuated their
organization of society through the cotton , rice , and sugar districts of the new
Southern ...
Page 249
Society must die . For it , too , Christianity had the promise of a glorious
resurrection , but the grave must intervene . The character of human government
had sunk into despotism the most absolute , endured without protest and without
hope . 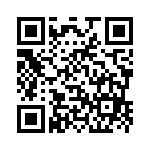