This is a reissue, with new introduction, of The Woman's Bible, the annotated one-tenth of the Christian Bible that deals with women, originally published by the women's Revising Committee and ... Read full review

A look at the women of the Bible and their stories, by a group of women in the early 20th century. The stories they select are interesting, and ones that are often paid little attention to, and the ... Read full review 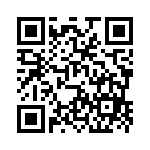