Best-selling author H. W. Brands is the Dickson Allen Anderson Centennial Professor of History at the University of Texas. He lives in Austin. 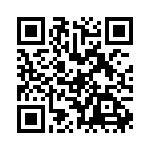