Robert Graves (also known as Robert Ranke Graves) was born in 1895 in London and served in World War I. Goodbye to All That: an Autobiography (1929), was published at age thirty three, and gave a gritty portrait of his experiences in the trenches. Graves edited out much of the stark reality of the book when he revised it in 1957. Although his most popular works, I, Claudius (1934) and its sequel, Claudius the God and His Wife Messalina (1935), were produced for television by the BBC in 1976 and seen in America on Masterpiece Theater, he was also famous as a poet, producing more than 50 volumes of poetry. Graves was awarded the 1934 James Tait Black Memorial Prize for both I, Claudius and Claudius the God. Also a distinguished academic, Graves was a professor of English in Cairo, Egypt, in 1926, a poetry professor at Oxford in the 1960s, and a visiting lecturer at universities in England and the U.S. He wrote translations of Greek and Latin works, literary criticism, and nonfiction works on many other topics, including mythology and poetry. He lived most of his life in Majorca, Spain, and died after a protracted illness in 1985. 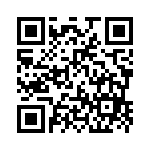