Chase Twichell is the author of five books of poetry and the best-selling Practice of Poetry. She is the founding editor of Ausable Press and lives in rural New York, with her husband, the novelist Russell Banks. 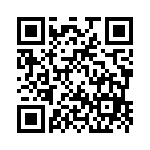