Kurt Campbell is Senior Vice President and Director of the International Security Program at the Center for Strategic and International Studies. He is a contributing writer to the New York Times and frequent on-air contributor to NPR's "All Things Considered," and a consultant to ABC News. He lives in Washington, D.C. Michael O'Hanlon is a Senior Fellow in Foreign Policy Studies at the Brookings Institution, where he has written books on defense strategy, arms control, and homeland security. He has contributed to numerous television programs and newspapers, including the Wall Street Journal and the New York Times. He lives in Washington, D.C. 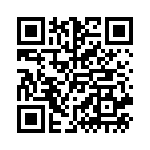