I have only read parts of this book. For me this is a humbling book. It impressed me with the diligence to evidence gathering. I'm aware many believe evangelists 'get what they deserve' or at least are in some way responsible. I reject that, whilst acknowledging that I don't think I would be so brave as to preach in dangerous places. Not that all were preachers. Some of these people were simply determined about doing something good in the world. I think terror wins if this makes me back away from making my contribution. I feel inspired to at least be as loving as I can today by these people's willingness to give.

Baroness (Caroline) Cox was created a Life Peer in 1982 for her contributions to education and has served as a Deputy Speaker of the House of Lords from 1985 to 2005. Lady Cox now sits in the Lords as a crossbencher and is a frequent contributor to Lords debates on Sudan, India, Nigeria, Uganda, and Burma. She is the Chief Executive of HART (Humanitarian Aid Relief Trust); Founder Chancellor of Bournemouth University, 1991-2001 and now Chancellor of Liverpool Hope University and Vice President of the Royal College of Nursing. She was a non-executive director of the Siberian Medical University and a founder Trustee of MERLIN (Medical Emergency Relief International). Lady Cox is the Chairman of the Executive Board of the International Islamic Christian Organisation for Reconciliation and Reconstruction (IICORR), a charity which promotes stronger relationships between Muslims and Christians. She is the chairperson of the British Armenia All-Party Parliamentary Group and the vice chairperson of the UK North Korea All-Party Parliamentary Group. In recognition of her work in the international humanitarian and human rights arenas over the past twenty years, she had been awarded the Commander Cross of the Order of Merit of the Republic of Poland; the prestigious Wilberforce Award; the International Mother Teresa Award from the All India Christian Council; the Mkhitar Gosh Medal conferred by the President of the Republic of Armenia; and the anniversary medal presented by Lech Walesa, the former President of Poland, at the 25th anniversary of the Polish Solidarity Movement. Lady Cox has also been awarded an Honorary Fellowship of the Royal College of Surgeons of England and Honorary Doctorates by universities in the United Kingdom, the United States of America, the Russian Federation and Armenia. Baroness Cox's humanitarian aid work has taken her on many missions to conflict zones, allowing her to obtain first hand evidence of the human rights violations and humanitarian needs.

Catherine Butcher has worked as a newspaper journalist, writer and editor. She has concentrated on writing mainly for magazines, and editing several Christian publications. She has also co-authored The Cox's Book of Modern Sainfs &Marfyrs with Baroness Caroline Cox. A graduate in Government &Modern History, she also has an MA in Spirituality. 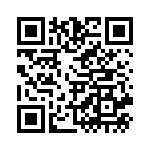