Page 231
ABOUT 85,000 UNITED STATES CITIZENS live in Europe , including 23,330 in
Italy , 10,552 in Great Britain and Northern Ireland , 12,964 in France , 5,787 in
Germany and 5,000 in Portugal and the Azores . Each of the other European ...
Page 4
The recent history of Europe is another matter . The same century and a quarter
that saw the onward march of the United States saw but little political advance in
Europe . The editorial written by William Tudor II , in May of 1815 , could be ...
Page 5
And we cannot welcome the prospect of a future in which , every second decade ,
we must sacrifice American wealth and American lives for the preservation of a
trouble - breeding balance of power on the European continent . It is more than ... 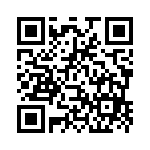