Wendy Moore is a writer and a journalist. After working as a reporter for local newspapers she has specialized in health and medical topics for more than twenty years. As a freelance journalist her work has been published in a range of newspapers and magazines--including the Guardian, the Observer, and the British Medical Journal--and has won several awards. Having written extensively on medical history, she obtained the Diploma in the History of Medicine from the Society of Apothecaries (DHMSA) in 1999 and won the Maccabaean Prize for the best dissertation that year. This is her first book. Upon its publication in the United Kingdom, The Knife Man was named Consumer Book of the Year by the Medical Journalists' Association. Moore lives in South London with her partner, Peter, also a journalist, and two children, Sam and Susannah. 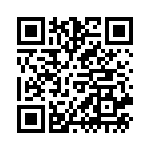