David Edwin Harrell Jr. is Daniel F. Breeden Eminent Scholar Emeritus at Auburn University. One of our leading scholars of American religious history, he is also the author of The Churches of Christ in the Twentieth Century and coauthor of Unto a Good Lan

Edwin S. Gaustad (1923-2011) was Professor Emeritus of History and Religious Studies at the University of California, Riverside. He also taught at Shorter College, the University of Redlands, Baylor University, and Auburn University. He received a B.A. from Baylor University and a M.A. and a Ph.D. from Brown University. He is the author of, among other works, Sworn on the Altar of God: A Religious Biography of Thomas Jefferson, Liberty of Conscience: Roger Williams in America, Historical Atlas of Religion in America, The Religious History of America: The Heart of the American Story from Colonial Times to Today (with Leigh Schmidt), and Proclaim Liberty Throughout the Land: A History of Church and State in America. 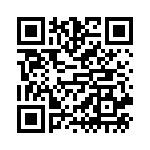