Page 127 - It is the young men who say yes or no. He who led the young men is dead. It is cold and we have no blankets. The little children are freezing to death. My people, some of them, have run away to the hills, and have no blankets, no food; no one knows where they are — perhaps freezing to death.
Appears in 259 books from 1870-2008
Page 218 - We find ourselves closer to these latter views; we can propose no technical demonstration likely to bring an end to the war; we see no acceptable alternative to direct military use.
Appears in 98 books from 1915-2007
More
Page 249 - I am closing my 52 years of military service. When I joined the Army even before the turn of the century, it was the fulfillment of all my boyish hopes and dreams. The world has turned over many times since I took the oath on the plain at West Point, and the hopes and dreams have long since vanished. But I still remember the refrain of one of the most popular...
Appears in 101 books from 1942-2007
Page 146 - An act to provide for the allotment of lands in severalty to Indians on the various reservations, and to extend the protection of the laws of the United States and the Territories over the Indians and for other purposes.
Appears in 272 books from 1827-2008
Page 33 - To bring Men to a proper degree of Subordination, is not the work of a day, a Month or even a year...
Appears in 115 books from 1795-2007
Page 71 - ... disciplined, and held in readiness for service; and upon the request of the governor of either of the other states to employ the whole of such detachment or corps, as well as the regular forces of the state, or such part thereof as may be required and can be spared consistently with the safety of the state, in assisting the state, making such request to repel any invasion thereof which shall be made or attempted by the public enemy.
Appears in 67 books from 1814-2007
Page 79 - That as an express and fundamental condition to, the acquisition of any territory from the Republic of Mexico by the United States, by virtue of any treaty which may be negotiated between them, and to the use by the Executive of the moneys herein appropriated, neither Slavery nor involuntary servitude shall ever exist in any part of said territory, except for crime, whereof the party shall first be duly convicted.
Appears in 258 books from 1846-2008
Less

NANCY GENTILE FORD is Professor of History at Bloomsburg University in Pennsylvania. She is the author of Americans All!: Foreign-Born Soldiers in World War I, as well as a number of articles on war and ethnicity, gender, and citizenship. 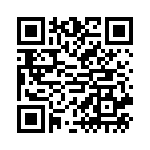