I believe that the information on page 269 on the Usilie/Uzille, Maria Casier, daughter of Phillip Casier and Maria Taine, plus the information on Maria Taine-Casier, is incorrect. The name of the boat I believe is "The Gilded Otter" not "Beaver", and they all came Mannheim, Germany in 1660 and sailed from the Texel pier in Holland on 27 April, 1660 and sailed to New Amsterdam (NYC, NY today), and settled in the French area of Harlem (or New Harlem). Since the family originally were born in Calais, France (both Casier/Cazier, etc., and the Taine family both among others,, due to the threat of war going on in those days, Phillip Casier and his wife, Maria Taine, went to settle the West Indies probably from the Dutch West Indies Co., and first settled on the St. George Island, then moved to Martinique, W. I. next. It was there that their first three children were born, Maria Casier, who was born in Martinique in 1635, and then Jacques and Jean. When the family left the West Indies, they sailed back to Europe due to the unrest on the islands and their next daughter, Hestor, was born in Sluis, Flanders. In the meantime, their eldest daughter, Maria, had married David Usilie/Uzille and while the families were in Mannheim, Germany practicing their Dutch Reformed faith, their first grandson was born, there shortly before the French Huguenot and Walloon families in Mannheim decided to leave and follow Maria Taine's brother, Isaac to New Amsterdam and settled in Harlem. Maria Taine was living with her sons in 1671 as was her second husband, Jean/Jan de Leroy, who was also a large land owner in Harlem. They posted their Banns on 7th April, 1671 in Harlem, Jean/Jan de Leroy sells his lands (which were quite extensive), and they move to Staten Island, where Maria dies in 1677-78. Jean de Leroy, is also related to Daniel Tourneur and their families had sailed to New Amsterdam in 1652 and settled in Harlem there. in 1652, Jean de Leroy was married to Louise de Lancaster, so she is deceased before 1671 when he and Maria (Taine) Casier post their Banns to marry on April 7, 1671. Jean de Leroy, leaves his land to "Daniel Tourneur" but whether this is the elder or the son, Daniel, I do not know. I suspect it is the son of Daniel, but may have involved both father and son due to court dealings over Daniel's land holdings which last many years before being settled. 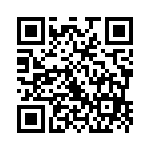