A balanced and insightful account of the life of the Vice President from a Washington correspondent for Newsweek. Turque begins in Nashville in October 1999 with a snapshot of candidate Gore, a man ... Read full review

Bill Turque, a national correspondent for Newsweek covered Gore's 1992 and 1996 campaigns. He lives in Washington, DC. 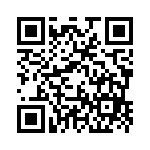