Yet another book on the Gunpowder Plot. Of the three I’ve read so far, this is the most straightforward; a direct account of the plot without going too far into the background or results. The account ... Read full review

Alan Haynes is a prolific writer on Elizabethan and seventeenth-century history. A member of the Royal Historical Society, his other books include Walsingham, The Elizabethan Secret Services, and Sex in Elizabethan England. 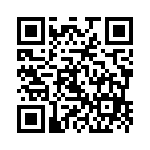