Page 7
Boak , whose sketches also have appeared in The New Journal , has been
referred to “ America's greatest master of socialist realist painting . ” Paul
Malamud , a senior at Silliman College , is majoring in English and French
literatures . This is ...
Page 8
A Portrait of Birdsman Paul Malamud Master Silver Birdsman of Beardsley
College woke to the fine tinkling of English silver in his parlour . " Good ; they are
setting up for breakfast , " was the first thought of his day . He lay awhile in bed ,
as he ...
Page 29
But , by and large , most masters , because of the time , were , if not religious , at
least oriented toward religion . Therefore Christianity became an important heart
of Negro life . And , in fact , once it got started , it became endemic . Surely Marx ... 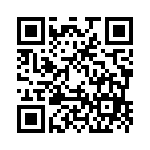