Page 288 - There is a homely old adage which runs: "Speak softly and carry a big stick; you will go far." If the American nation will speak softly, and yet build, and keep at a pitch of the highest training, a thoroughly efficient navy, the Monroe Doctrine will go far.
Appears in 156 books from 1901-2007
Page 4 - Far better it is to dare mighty things, to win glorious triumphs, even though checkered by failure, than to take rank with those poor spirits who neither enjoy much nor suffer much, because they live in the gray twilight that knows neither victory nor defeat.
Appears in 217 books from 1899-2008
More
Page 2 - We do not admire the man of timid peace. We admire the man who embodies victorious effort; the man who never wrongs his neighbor, who is prompt to help a friend, but who has those virile qualities necessary to win in the stern strife of actual life.
Appears in 121 books from 1821-2008
Page 56 - No man is justified in doing evil on the ground of expediency.
Appears in 47 books from 1894-2007
Page 20 - I preach to you, then, my countrymen, that our country calls not for the life of ease but for the life of strenuous endeavor.
Appears in 69 books from 1902-2008
Page 9 - We cannot sit huddled within our own borders and avow ourselves merely an assemblage of well-to-do hucksters who care nothing for what happens beyond.
Appears in 36 books from 1899-2006
Less

Periodically throughout his extraordinary career, Theodore Roosevelt turned to the writing of history. Energetic about everything he did, he imbued his writing with verve and a strong sense of drama that continues to attract readers today. Born in New York City and educated at Harvard University, he immersed himself in public affairs long before he became President of the United States. A man of many talents, he was, among other things, police commissioner, mayoral candidate, rancher, hunter, explorer, soldier, and governor. His strong sense of history probably influenced his actions more times than not, and certainly he brought to the White House in 1901 an awareness of how much the past conditions the present and informs the future. Roosevelt made history, influenced history, and wrote history. 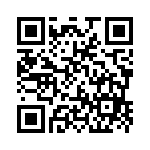