23 other sections not shown

Elliott Roosevelt, son of Franklin Delano Roosevelt, was born in New York City on September 23, 1910. He was a brigadier general in the Air Force during World War II, and held a variety of jobs, including Advertising Executive, Editor, Radio Broadcaster, and President of a company. His books range from an insider's view of his famous family to mystery novels set at the White House. Roosevelt died on October 27, 1990. 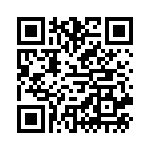