CAROL J. RIPHENBURG is Associate Professor of Political Science at the College of DuPage, Glen Ellyn, IL. She has written and lectured extensively on the role of women in Middle Eastern and African politics and society. 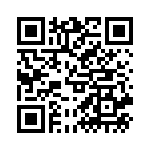