I really enjoyed reading this book (actually my version was the 1870 version, which included Lincoln's assassination, Andrew Johnson's term, and a note right that the end that Grant was just inaugurated).
The author divided his history of America into four main Periods: 1-Aboriginal, 2-Colonial, 3-Revolutionary, and 4-Constitutional.
The Aboriginal Period pre-1492 (32pp) touches on the Native-Americans' origins, the major tribes, languages, remains and descriptions.
The Colonial Period 1475-1775 (160pp) begins with Columbus' discovery up to the "Causes of the American Revolution." He devotes many entire sections to the various colonies, as well as regions (e.g., New England). Of course, he covers the several wars during this period, but he also delves into other areas of the period, such as explorations and settlements of the various foreign countries, the conditions of life of various peoples in the colonies, Indian history, Jesuit missionaries, witchcraft, and the general "State of Society in the Colonies." His "Causes of the Revolution" is most easy to follow, as is his entire book on the whole.
Throughout the book, even though Mr. Quackenbos focuses on the United States (per se), he often touches on Canada, Mexico, Central and South America.
The Revolutionary Period 1775-1788 (109pp) is primarily the course of the War from Lexington to the Seige of Yorktown, ending with the "Formation of a Federal Constitution."
The Constitutional Period 1789-March 4, 1869 (Grant's inauguration) (199pp) devotes one or more chapters to each President (sometimes one chapter is devoted to two Presidents when one perhaps served only a month in office till he died). Using such method, the author brings us more or less chronologically from the historical events during Washington's Presidency all the way through the administration of Andrew Johnson. One unusual part to follow was the Civil War, for as the law was at the time forcing former secessionists (the common persons to governors) to swear their allegiance to the U.S., the author covers the Civil War (which had only ended five years before this version was written) from the point of view of the Unionists. However, he does cover basically all the major battles.
All-in-all, I thoroughly enjoyed reading in 2011 the history of our country from the point of view of 1870. Since the book was written to be used in classrooms, he has made it quite easy to read, yet very interesting. I enjoyed it.

Page iv - Trust or Profit under the United States : but the Party convicted shall nevertheless be liable and subject to Indictment, Trial, Judgment and Punishment, according to Law. SECTION. 4. The Times, Places and Manner of holding Elections for Senators and Representatives, shall be prescribed in each State by the Legislature thereof; but the Congress may at any time by Law make or alter such Regulations, except as to the places of chusing Senators.
Appears in 933 books from 1814-2008
Page ix - The Congress shall have power to dispose of and make all needful rules and regulations respecting the territory or other property belonging to the United States ; and nothing in this Constitution shall be so construed as to prejudice any claims of the United States, or of any particular State. SECTION 4. The United States shall guarantee to every State in this Union a republican form of government, and shall protect each of them against invasion, and on application of the Legislature, or of the Executive...
Appears in 889 books from 1814-2008
More
Page viii - No person held to service or labour in one State, under the laws thereof, escaping into another, shall, in consequence of any law or regulation therein, be discharged from such service or labour, but shall be delivered up on claim of the party to whom such service or labour may be due. Section 3. New States may be admitted by the Congress into this Union; but no new State shall be formed or erected within the jurisdiction of any other State ; nor any State be formed by the junction of two or more...
Appears in 560 books from 1814-2008
Page iii - He has constrained our fellow-citizens, taken captive on the high seas, to bear arms against their country ; to become the executioners of their friends and brethren, or to fall themselves by their hands.
Appears in 955 books from 1805-2008
Page viii - The Trial of all Crimes, except in Cases of Impeachment, shall be by Jury ; and such Trial shall be held in the State where the said Crimes shall have been committed ; but when not committed within any State, the Trial shall be at such Place or Places as the Congress may by Law have directed.
Appears in 709 books from 1835-2008
Page vi - States, and a Majority of all the States shall be necessary to a Choice. In every Case, after the Choice of the President, the Person having the greatest Number of Votes of the Electors shall be the Vice President. But if there should remain two or more who have equal Votes, the Senate shall chuse from them by Ballot the Vice President. The Congress may determine the Time of chusing the Electors, and the Day on which they shall give their Votes; which Day shall be the same throughout the United States.
Appears in 1221 books from 1808-2008
Page vii - President and all civil Officers of the United States, shall be removed from Office on Impeachment for, and Conviction of, Treason, Bribery, or other high Crimes and Misdemeanors. ARTICLE III Section 1. The judicial Power of the United States shall be vested in one supreme Court, and in such inferior Courts as the Congress may from time to time ordain and establish. The Judges, both of the supreme and inferior Courts, shall hold their Offices during good...
Appears in 701 books from 1814-2008
Page iv - MARYLAND Samuel Chase William Paca Thomas Stone Charles Carroll, of Carrollton VIRGINIA George Wythe Richard Henry Lee Thomas Jefferson Benjamin Harrison Thomas Nelson, Jr.
Appears in 625 books from 1788-2008
Page 256 - I am not worth purchasing; but such as I am, the king of Great Britain is not rich enough to do it.
Appears in 211 books from 1788-2007
Page iii - ... contract alliances, establish commerce, and to do all other acts and things which independent states may of right do. And, for the support of this declaration, with a firm reliance on the protection of Divine Providence, we mutually pledge to each other our lives, our fortunes, and our sacred honor. The foregoing Declaration was, by order of Congress, engrossed, and signed by the following members...
Appears in 461 books from 1801-2008
Less 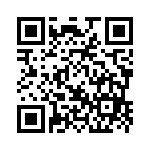