Love this book! Connects the tenets of Bushido with Biblical teachings. Easy read, too.

Author Luis Alberto Martinez's interest in the martial ways began at age twelve, when he began studying Tang Soo Do. At age seventeen he enlisted in the U.S. Army and served as a paratrooper in the 82nd Airborne Division. After his honorable discharge from the Army, Luis obtained a Bachelor of Science degree in Health Sciences and Physician Assistant Studies. Besides studying Japanese Ninpo Taijutsu (he currently holds the rank of Shodan), Luis has also been studing the Hebraic cultural roots of the Christian faith. After re-dedicating his life to serving the Messiah in 1996, Luis has been seeking to implement the discipline of the martial ways and a cultural understanding of the early church in his Christian walk. Luis resides in Allentown, Pennsylvania, with his wife, Linda, and four children, where he is employed as a physician assistant in cardio-thoracic surgery. 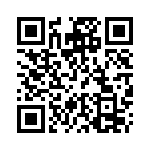