Marc Landy is Professor of Political Science at Boston College, Co-Director of Boston College's Initiative on Constitutional Democracy, and Faculty Chair of the Boston College Irish Institute. He has a B.A. from Oberlin College and a Ph.D. in Government from Harvard University. He and Sidney Milkis previously co-authored Presidential Greatness (2000). He is an author of The Environmental Protection Agency From Nixon to Clinton: Asking the Wrong Questions (1994) and Civic Environmentalism in Action: A Field Guide to Regional and Local Initiatives (1999). Landy has been an editor of six books, including The New Politics of Public Policy (1995) and Creating Competitive Markets: The Politics of Regulatory Reform (2007). In addition to teaching undergraduates and graduate students, he regularly teaches public officials from Ireland and Northern Ireland about American Politics through a series of executive programs run by the Irish Institute. He is also Director of 'Encountering John Adams: Braintree and Boston', a Landmarks Workshop for Community College Teachers sponsored by the National Endowment for the Humanities.

Sidney M. Milkis is the White Burkett Miller Professor of Politics and Assistant Director of Academic Programs at the Miller Center of Public Affairs at the University of Virginia. He has a B.A. from Muhlenberg College and a Ph.D. in Political Science from the University of Pennsylvania. His books include: The President and the Parties: The Transformation of the American Party System Since the New Deal (1993); Political Parties and Constitutional Government: Remaking American Democracy (1999); Presidential Greatness (2000), co-authored with Marc Landy; and The American Presidency: Origins and Development, 1776-2007, 5th edition (2003), co-authored with Michael Nelson. He is co-editor with Jerome Mileur of three volumes on twentieth-century political reform: Progressivism and the New Democracy (1999); The New Deal and the Triumph of Liberalism (2002); and The Great Society and the High Tide of Liberalism (2005). During the 2005-6 academic year, he served as the president of the American Political Science Association's Politics and History Section. 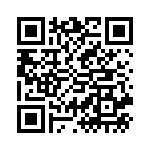