David R. Senn, D.D.S. is Clinical Assistant Professor in the Department of Comprehensive Dentistry at the University of Texas Health Science Center at San Antonio, (UTHSCSA) Dental School. He is the Director of the Center for Education and Research in Forensics, and the two-year Fellowship in Forensic Odontology. As a forensic odontologist with the Disaster Mortuary Operational Response Team (DMORT) he worked in victim recovery and dental identification in New York following the World Trade Center attacks, after the Shuttle Columbia disaster, and following Hurricanes Katrina and Rita. He is the Chief Forensic Odontologist for the Bexar County (Texas) Medical Examiner’s Office. Dr. Senn is a member of the Board of Governors for the American Society of Forensic Odontology, a Fellow in the Odontology Section of the American Academy of Forensic Sciences (AAFS) and is past- president (2009-2010) of the American Board of Forensic Odontology.

Richard A. Weems, D.M.D., M.S. is an Associate Professor at the UAB School of Dentistry and is director of Oral Radiology and the UAB Maxillofacial CBCT Imaging Center. In 1988, he became a forensic dental consultant to the Alabama Department of Forensic Sciences (ADFS) and he also currently serves as the chief forensic dentist for the Jefferson County (Alabama) Chief Coroner/Medical Examiner’s Office. Dr. Weems is the dental section leader of Region IV of the Disaster Mortuary Operational Response Team (DMORT) and participated in DMORT’s response to the World Trade Center disaster, Hurricane Katrina, and Hurricane Ike. In 2005, Dr. Weems received certification by the American Board of Forensic Odontology (ABFO). He is a Fellow in the Odontology Section of the American Academy of Forensic Sciences (AAFS) and served as the Odontology Section Chair from 2010-2012. 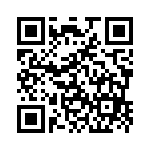