Page 83
in your mind help enough already : but , says he , my son at Philadelphia has lately lost his principal hand , Aquila Rose , by death . If you go thither I believe he may employ you . Philadelphia was 100 miles farther .
Page 87
Franklin returned to Philadelphia and reported his failure to Sir William . ] And since he will not set you up , says he , I will do it my self . Give me an inventory of the things necessary to be had from England , and I will send for ...
Page 318
... 263; charter, reservation re levying of taxes by Parliament, 266 Pennsylvania Gazette, established by Keimer and bought by Franklin, 103; first American cartoon, 145; papers in, re Pennsylvania Hospital, Philadelphia — cont. 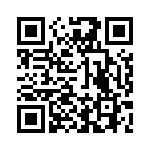