MARC JASON GILBERT is Professor of History at North Georgia College and State University and a University System of Georgia Board of Regents Distinguished Professor of Teaching and Learning./e He is the editor of The Vietnam War: Teaching Approaches and Resources (Greenwood, 1991) and coeditor, with William Head, of The Tet Offensive (Praeger, 1996). 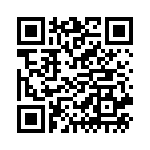