Michael Beschloss has been called "the nation's leading Presidential historian" by Newsweek. He has written eight books on American Presidents and is NBC News Presidential Historian, as well as contributor to PBS's The NewsHour with Jim Lehrer. He lives in Washington, D.C., with his wife and two sons. 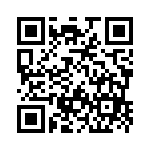