Page 202 - Practically speaking, the opponents to a reform in Massachusetts are not a hundred thousand politicians at the South, but a hundred thousand merchants and farmers here, who are more interested in commerce and agriculture than they are in humanity, and are not prepared to do justice to the slave and to Mexico, cost what it may. I quarrel not with far-off foes, but with those who, near at home, co-operate with, and do the bidding of, those far away, and without whom the latter would be harmless.
Appears in 135 books from 1866-2008

James Dunkerley is Professor of Politics at Queen Mary, University of London, and Director of the Institute for the Study of the Americas. His books include Rebellion in the Veins, Power in the Isthmus and The Long War, all published by Verso.

John King is Professor of Latin American Cultural History at the University of Warwick. 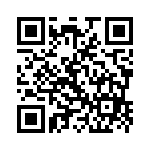