EVAN ANDREW HUELFER is a major on active duty in the U.S. Army. He has served in a wide variety of command and staff positions. Dr. Huelfer has taught Military History at West Point. In 2003 he served as the Lead Planner for the Coalition Forces Land Component Command in Kuwait. Among his earlier publications is his edited collection Readings for the History of Military Art (2000). 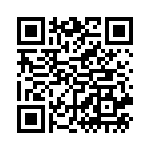