Page xii - In the midst of this universal tumult — this incessant conflict of jarring interests — this continual stride of men after fortune, — where is that calm to be found which is necessary for the deeper combinations of the intellect? How can the mind dwell upon any single point, when everything whirls around it...
Appears in 33 books from 1840-2007 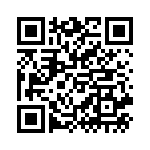