Page 199
The latter may not be taken into consideration in determining a question of devastavit , but their presence would obviously not be tantamount to a determination , that , to the extent of such holding , he was without any assets .
Page 554
Insurance company , after first refusing to pay amount of policy to beneficiary because last premium had not been paid , made an investigation of fact and determined to pay , which determination was not caused by any action brought ...
Page 567
In that case , this court did not lay down any general rule governing similar cases , but stated , " Each case of this character , of course , has to be determined on its own particular facts . " In that case , it appeared that only 6 ... 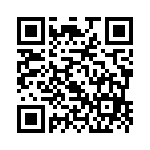