Pros: quite thorough in some areas, decent number of images, very interesting subject matter Cons: fair amount of repetition, some sections could have been fleshed out more This is the third book in ... Read full review 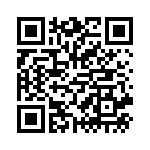