Kieran, son of Maureen, was born in Liverpool, spent his childhood in Shrewsbury, then spent the first part of his life in London, as a journalist and newsreader on BBC and commercial radio. By his late thirties he had started university to study for two degrees and teacher training. His Mum had persuaded him that he would make a good teacher! Kieran now teaches history full-time at a school in High Wycombe. He has four sons, seven grandchildren and lives with his wife Bridget near the town centre. 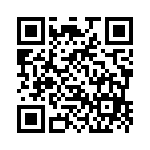