Ben Railton is an assistant professor of American and Ethnic Literature at Fitchburg State College in Massachusetts. 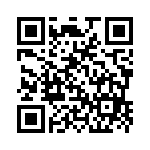