Menahem Mansoor is an archaeologist and Professor Emeritus of Hebrew and Semitic Studies at the University of Wisconsin-Madison. Mansoor is the former president and co-founder of the Madison Biblical Archaeological Society. Mansoor has written Jewish History and Thought: An Introduction, which covers the 3,500 years of Jewish history. He also wrote and directed the video, Signs, Symbols, and Scripts: Origins of Written Communication and the Birth of the Alphabet, which outlines the development of written communication from its most early origins to modern times. 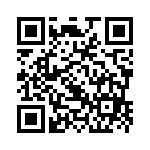