Professor Jeremy Dunning-Davies is a distinguished lecturer and author who pioneered the thermodynamics of anti-matter and is extremely knowledgable in the history of physics and astronomy. He is Senior Lecturer in the Department of Physics at the University of Hull, UK and also holds an honorary position at the Institute for Basic Research in Palm Harbor, Florida. His other extremely well-received more mainstream works, "Mathematical Methods for Mathematicians, Physical Scientists and Engineers" (2003) and "Concise Thermodynamics, Second Edition" (2007) are also published by Horwood Publishing Ltd and available through Amazon. 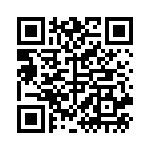