Page 9 - My paramount object in this struggle is to save the Union, and is not either to save or destroy slavery. If I could save the Union without freeing any slave I would do it...
Appears in 1066 books from 1758-2008
Page 4 - The basis of our government being the opinion of the people, the very first object should be to keep that right ; and were it left to me to decide whether we should have a government without newspapers, or newspapers without a government, I should not hesitate a moment to prefer the latter.
Appears in 824 books from 1829-2008
More
Page 137 - The most stringent protection of free speech would not protect a man in falsely shouting fire in a theatre and causing a panic.
Appears in 769 books from 1878-2008
Page 141 - Freedom of speech on the radio must be broad enough to provide full and equal opportunity for the presentation to the public of all sides of public issues. Indeed, as one licensed to operate in a public domain, the licensee has assumed the obligation of presenting all sides of important public questions, fairly, objectively, and without bias.
Appears in 63 books from 1924-2004
Page 90 - The question in every case is whether the words used are used in such circumstances and are of such a nature as to create a clear and present danger...
Appears in 725 books from 1878-2008
Less 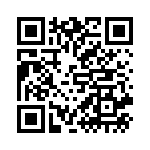