Maude Adjarian is Associated Researcher, Southwest Institute for Research on Women at the University of Arizona. 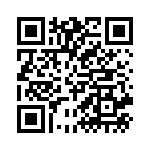