Page 107
You have reached your viewing limit for this book.

Page 43 - It is impossible that the allied powers should extend their political system to any portion of either continent without endangering our peace and happiness; nor can anyone believe that our southern brethren, if left to themselves, would adopt it of their own accord.
Appears in 740 books from 1823-2007
Page 126 - The world must be made safe for democracy. Its peace must be planted upon the tested foundations of political liberty. We have no selfish ends to serve. We desire no conquest, no dominion. We seek no indemnities for ourselves, no material compensation for the sacrifices we shall freely make. We are but one of the champions of the rights of mankind. We shall be satisfied when those rights have been made as secure as the faith and the freedom of nations can make them.
Appears in 819 books from 1821-2008
More
Page 77 - I have often inquired of myself what great principle or idea it was that kept this Confederacy so long together. It was not the mere matter of the separation of the colonies from the motherland, but that sentiment in the Declaration of Independence which gave liberty not alone to the people of this country, but hope to all the world, for all future time.
Appears in 615 books from 1857-2008
Page 18 - Our detached and distant situation invites and enables us to pursue a -different course. If we remain one people, under an efficient government, the period is not far off when we may defy material injury from external annoyance ; when we may take such an attitude, as will cause the neutrality we may at any time resolve upon, to be scrupulously respected...
Appears in 754 books from 1789-2007
Page 127 - To such a task we can dedicate our lives and our fortunes, everything that we are and everything that we have, with the pride of those who know that the day has come when America is privileged to spend her blood and her might for the principles that gave her birth and happiness and the peace which she has treasured. God helping her, she can do no other.
Appears in 756 books from 1821-2008
Page 30 - If there be any among us who would wish to dissolve this Union or to change its republican form, let them stand undisturbed as monuments of the safety with which error of opinion may be tolerated, where reason is left free to combat it.
Appears in 941 books from 1801-2008
Page 127 - But the right is more precious than peace, and we shall fight for the things which we have always carried nearest our hearts...
Appears in 794 books from 1821-2008
Page 228 - In the long history of the world, only a few generations have been granted the role of defending freedom in its hour of maximum danger. I do not shrink from this responsibility; I welcome it. I do not believe that any of us would exchange places with any other people or any other generation.
Appears in 368 books from 1883-2008
Page 54 - But when the laws undertake to add to these natural and just advantages, artificial distinctions, to grant titles, gratuities, and exclusive privileges, to make the rich richer, and the potent more powerful, the humble members of society, the farmers, mechanics, and laborers, who have neither the time nor the means of securing like favors to themselves, have a right to complain of the injustice of their government.
Appears in 357 books from 1821-2008
Less

JAMES C. HUMES, an adjunct professor at the University of Pennsylvania, is a former presidential speechwriter for Eisenhower, Nixon, Ford, Reagan, and Bush. In addition, he is a former Woodrow Wilson Fellow at the Center for International Scholars at the Smithsonian, and he has lectured across the country and abroad on the theme of presidential history. Humes is also the author of seven books on speech making and preparation, a biography of Winston Churchill, and was the editorial advisor for former President Ford's memoirs Time to Heal. 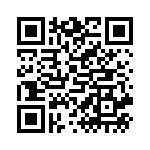