Md. Tayeen Khan started his acting on the movie named "Monstrous Disunion" as the role of Colin Baker and in another movie named "Legend of Fall Creek" he played as Jack Smith. 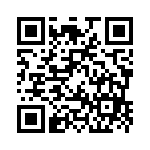