An invaluable guide to the families that have dominated American politics over the generations. The profiled families date from colonial times to the 20th century. In an era in which politics seems to ... Read full review

Stephen Hess is senior fellow emeritus at the Brookings Institution. He worked on the staff of Presidents Dwight Eisenhower and Richard Nixon, as well as an advisor to Gerald Ford and Jimmy Carter. He is the author of America’s Political Dynasties, Organiing the Presidency and numerous other publications on journalism and politics. 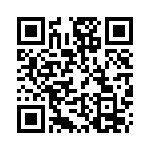