Page 88
ness to the Poles , in blood , in speech , in spiritual life ; they have realized , too , that the Teuton , whether he be called Austrian or Prussian , is the common foe . If one could imagine the German bled white and bleached ...
Page 355
... it is really autobiography — a study at first hand of what another great Frenchman has called the servitude and the grandeur of military life . It is called The Appeal of Arms , and its author is Ernest Psichari .
Page 665
A LEAGUE OF NATIONS AND WHAT IT COULD DO BY SIR OLIVER LODGE A Pact of Nations exists today , called into being in defence of humanity , but called into being too late to avert the awful consequences of rampant militarism combined with ... 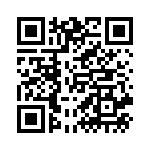