Page 20
Yes , America's erstwhile Public Enemy Number One — the most sinister
gangleader who ever shot up Chicago . Capone didn't condemn himself . He
actually regarded himself as a public benefactoran unappreciated and
misunderstood ...
Page 247
CHAPTER SIX If You Want to Be Happy , Don't Neglect This One · WALTER
DAMROSCH married the daughter of James G. Blaine , one of America's greatest
orators and one - time candidate for President . Ever since they met many years
ago ...
Page 258
231 : American Academy of Dramatic Borden , Richard , 179 Arts , 9 Boston
Herald , The , 141-42 American Association for Adult Boston Post , 233 Education
, 2 Boston Transcript , The , 114 American Bankers ' Association , Boynton ,
James ...

Review: How to Win Friends and Influence People

This was my father's favorite book, and told me many times. He was a salesman and felt this book would give someone stronger sense of self, and I agree with him. I read it originally to be close to my father, but eventually it became my own. I picked up several ideas. Read full review 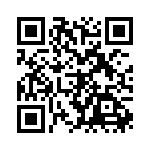