An impassioned protest against the lies, perjury, abuse of power, and obstruction of justice which President Clinton used to stay in office; written by a lifetime Democrat who was hired by Henry Hyde ... Read full review

This book should turn most of you into Libertarians... David Schippers was the Chief Investigative council for the House Judiciary Committee. His staff's task was to look at the Starr Report ... Read full review

David Phillip Schippers Jr. was born in Chicago, Illinois on November 4, 1929. He briefly studied for the priesthood before deciding to become a lawyer. He received a bachelor's degree and a law degree from Loyola University Chicago. In the 1960s, he was the chief of the organized crime and racketeering section of the Justice Department in Chicago under Attorney General Robert F. Kennedy. After five years as a federal prosecutor, Schippers became a criminal defense lawyer. In 1998, he served as chief investigative counsel for the House Judiciary Committee during the impeachment of President Bill Clinton. His book, Sellout: The Inside Story of President Clinton's Impeachment written with Alan P. Henry, was published in 2000. He died from pancreatic cancer on September 28, 2018 at the age of 88. 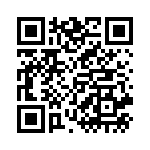