Among the best biographies I have read. Read it 2-3 times while reading it the first time just to be sure I picked up all the details. The man who willed and worked Standard Oil into existence was ... Read full review

Wow, this is a fabulous listen (audio book) . Never a dull moment, Chernow has done the incredible, made a tyrants long life exciting and stunning, while still showing what an absolute scum ... Read full review

Ron Chernow's first book, The House of Morgan, won the National Book Award and the Ambassador Award for the year's best study of American culture. His second book, The Warburgs, won the Eccles Prize as the Best Business Book of 1993 and was also selected by the American Library Association as one of that year's best nonfiction books. In reviewing his recent collection of essays, The Death of the Banker, The New York Times called the author "as elegant an architect of monumental histories as we've seen in decades and chose the paperback original as one of the year's Notable Books. 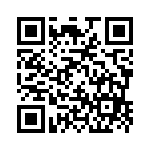