Page 52
... where the redoubtable Professor George Pierce Baker was head of the drama
department . Later , Williams repeated this bizarre behavior when he first tackled
the professional stage . His initial play , Battle of Angels , was a melodrama that ...
Page 56
... unmistakably Lynn Ruth Baggett . She raised her head from the pillow and
looked at me with clouded eyes . “ Well , if it isn ' t Jeep , ” she said . I started to
reminisce about the show in an attempt to keep her attention , but her head
returned ...
Page 123
He was wearing the strand of bottle caps around his neck and a purloined tam -
oʻ - shanter adorned his head . I somehow managed to get him on the subway ,
where he promptly fell asleep , his head resting on what was left of his tree .

A. E. Hotchner is the author of a dozen books, including King of the Hill and The Man Who Lived at the Ritz. He is perhaps best known for Papa Hemingway: A Personal Memoir.Along with his writing career, Hotchner is business partner with Paul Newman. All of the profits they receive from their "Newman's Own" products are contributed to charities. Hotchner lives in Westport, Connecticut. 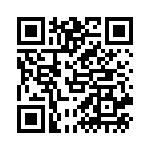