Page 9
To which the Divine Majesty ( knowing the fidelity of Job , which hereby THE
ARGUMENT . - The first part of this chapter is a - would become more illustrious )
was pleased to yield ; continuation of the narration , which was begun in and said
...
Page 71
I. For the first , —The book is a most admirable piece of poetry , which moves
more powerfully , and touches the mind more sensibly , than sentences in prose ;
especially when it is in such perfection , as we find it in these divine inspirations .
Page 334
A divine sentince is in the lips of the king ; men , the beaten path , as we may call
it , in which they Lis mouth transgressetly not in judgement . ] God is pre- travel ,
to decline every thing that is evil ; and he who sent in a singular ' manner into a ...
Page 470
But it belongs to the divine office speak not a word in vain , but by the divine provi
. to find fault with magistrates , and to rebuke them ; dence it is disposed to
purposes that we understand and therefore , though thou hearest it , yet do not
not .
Page 489
And that it was always looked upon as an holy book , treating of some spiritual
and divine matter , appears from its being placed among the rest of that kind . Nor
hath it been doubted of by any considerable number of men , either among Jews
... 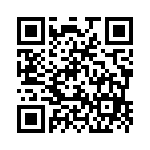