Linda Tollett Austin, an attorney in the state of Tennessee, has a PhD in American History with a specialization in the history of the South. Her article about the Tennessee Children's Home Society scandal in the Tennessee Historical Quarterly (1991) won the John Trotwood Moore Award for the best article of the year. 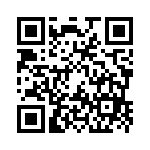