Page iv
Political Imponderables, 239. RIGGS, THOMAS, JR. We Call upon America, 264. SAROYAN, WILLIAM. School. Story, 223. School. Story, 223. Some Recent American Fiction, 274. Story about the Mockingbird, 28. STUART, JESSE. Words of Earth.
Page 247
In 1924 , Arthur W. Holcombe , an astute political observer , analyzing the play of political forces in the era since ... Each of these interests dominates or greatly influences the politics of one of the economic regions into which the ...
Page 228
For a century thereafter political thinking was dominated by the idea of the virtue and intelligence of the common man . Since his vices sprang from society rather than from himself , the more he was left alone , the better he would ... 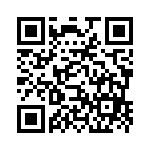