Review: Battle 100: The Stories Behind History's Most Influential Battles

Very well written reference book. The writer does a fantastic job telling about not only the battle but the events leading up to it's cause and the effects it has had on both world and military events since then. Nice book to read a few pages a day to learn something new. Very recommended Read full review

Lt. Col. Michael Lee Lanning retired from the U.S. Army after more than twenty years of service. He is a decorated veteran of the Vietnam War, where he served as an infantry platoon leader and company commander. Lanning has written fourteen books on military history, including The Military 100: A Ranking of the Most Influential Military Leaders of All Time. He lives in Phoenix, Arizona. 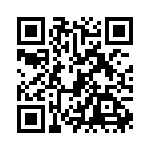