Books such as these make reviewing a true pleasure. The book by Cathers (Stickley Style), a lavish, comprehensive monograph on the life and, in particular, the work of an originator of the Arts ... Read full review

David Cathers is a researcher, lecturer, and writer on the Arts & Crafts movement and a frequently consulted expert and lecturer on Gustav Stickley. He is the author of Furniture of the American Arts and Crafts Movementand Stickley Style, and editor of Gustav Stickley's Craftsman Farms: A Pictorial History. 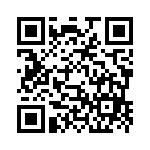